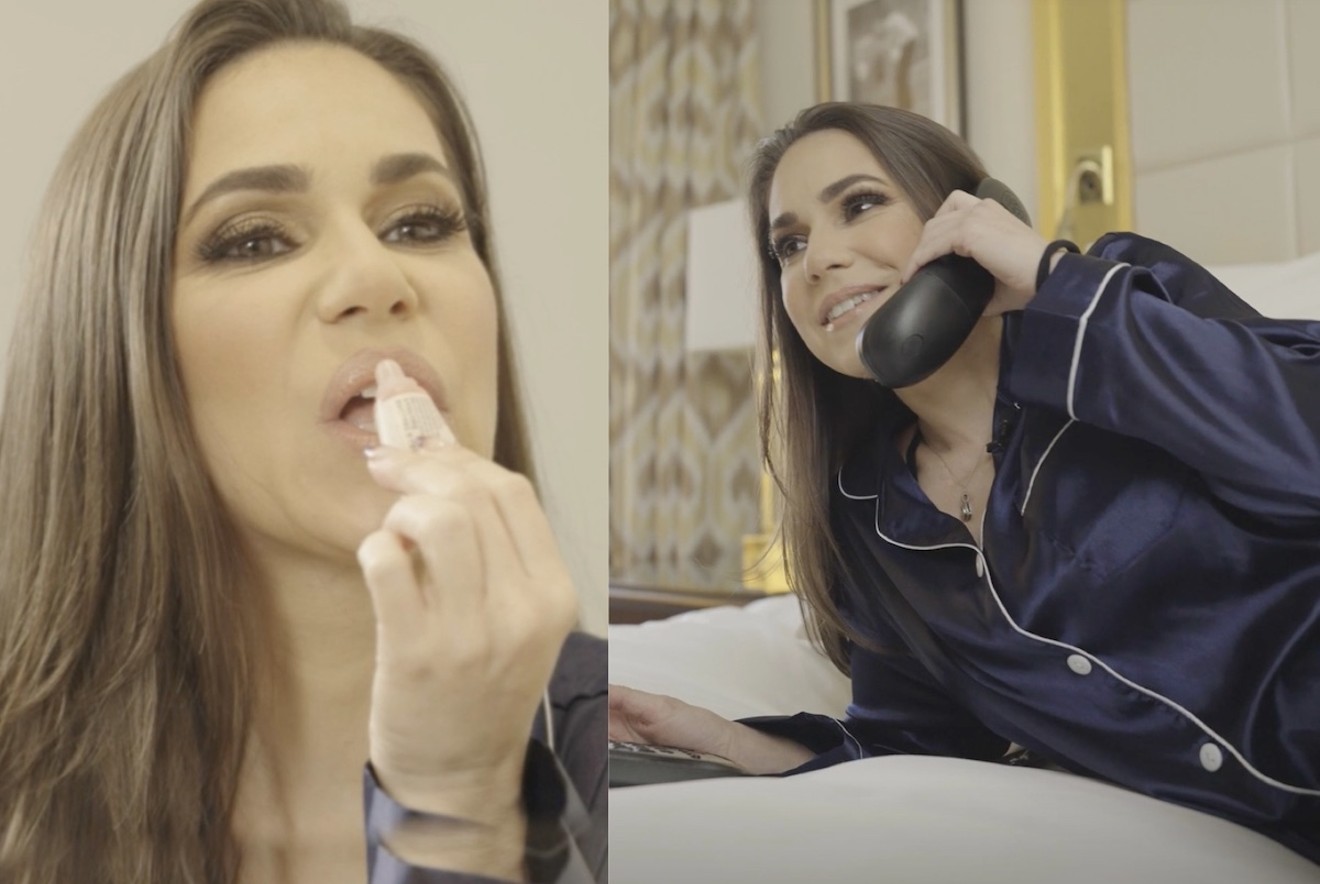 Since last February, when hemp farmer Martha Bueno announced she would be running for the District 10 commission seat in Miami-Dade County vacated by longtime incumbent Javier Souto, she has struggled to keep up with her most formidable foe in the nonpartisan race.

While Bueno has raised $82,031 as of this week ($25,631 in individual contributions, plus $56,400 by her political committee, Bueno for Miami Dade), Republican State Rep. Anthony Rodriguez, who has represented the 118th District since 2018, has taken in approximately $1.4 million ($349,400 in individual contributions and nearly $1.1 million raised by his political committee, A Bolder Florida). The other two candidates in the field, former federal law enforcement agent Susan Khoury and IT tech company owner Julio C. Sanchez, have banked far less than Bueno.

So it’s understandable that with the August 23 primary election looming, the candidates would engage in some out-of-the-box brainstorming in the homestretch. But if you’re thinking email blitz or barrage of cheesy Facebook ads, you’ve got a saltier thing coming.

Last week Bueno launched an account on OnlyFans, the subscription-based platform that has carved out a niche by hosting sexually explicit content.

“I mean, I think that there’s only two ways really to raise funds in politics, and that is that you sell out or that you sell yourself,” Bueno explains to New Times in a phone call. “And so this is a way for me to sell myself.” Bueno, a Libertarian who formerly served as vice-chair of the party’s Miami-Dade chapter, launched the account on July 24 under the username @bueno305.  Screenshot via Martha Bueno (@bueno305) on OnlyFans

A registered independent but self-described Libertarian who formerly served as vice chair of the party’s Miami-Dade chapter, Bueno launched the account on July 24 under the username @bueno305, charging $4.99 a month for a subscription.

So far, she says, she’s notched just over 20 subscribers (including New Times). Her profile contains three videos, all of which run between 30 seconds and about a minute and a half.

All feature her fully clothed.

One video, captioned “Dirty Politics #NaughtyBoy,” depicts Bueno lying in bed clad in a silk robe while pretending to be on the phone with Rodriguez, reading aloud a list of the political contributions he’s made in a dirty-talking-during-phone-sex voice.

“I hear you’ve been a really bad boy this campaign,” Bueno purrs, proceeding to reel off the names of several of her rival’s contributions to Democratic candidates. “But I thought you were a Republican? That’s so kinky! What a naughty boy you are! Betraying your own political party for personal gain?”

Bueno’s most recent video, “Running for office #Running,” is slightly less suggestive, following the candidate as she jogs along a local trail in a black sports bra and leggings while explaining why she decided to run (we see what you did there!) for Miami-Dade County Commissioner.

“I mean, I think that the content on there is very scandalous, but it might not be scandalous in the way that people are expecting for it to be,” Bueno tells New Times. “I think it’s another way to call out issues that matter to people.”

She says she created a personal account on the platform rather than a campaign account on the advice of her campaign accountant because, had she gone with the campaign, election law would have required that she log the name, address, occupation, and other info of every subscriber. (She also notes that OnlyFans doesn’t offer such option — not to mention that potential subscribers would likely be turned off by the notion of making such disclosures.)

While her videos pertain to her run for office, her OnlyFans bio simply reads, “A Miami girl trying to make the world a better place.” (She does provide an OnlyFans-appropriate link to an Amazon wish list, which is headlined, “People4Cuba Supply List: This is a wish list for items needed in Cuba. All medications will be shipped directly to the people of Cuba. Thank you for your support.”)

“This is peak Miami politics,” tweeted Frederick Velez III Burgos, national director of civic engagement at the Hispanic Federation. “The only thing that would take this over the top is if she accepts Miami Coin or Bitcoin as payment.”

In 2018, Bueno was elected chair of Miami-Dade Community Council Area 11, which covers West Kendall and is tasked with making zoning and land-use decisions. A Florida Politics profile from last year noted that the commission hopeful is a cannabis and cryptocurrency advocate.

She raised some hackles on social media earlier this year when she appeared to take a poke at plus-size Sports Illustrated swimsuit model Yumi Nu; she told New Times she had no intention to cause “pain or hurt.” Photos shared online by the Twitter account Miami Against Fascism showed Bueno posing with at least one member of the far-right Proud Boys group; she said she was unaware who they were when the photos were taken and that other than that one interaction, she doesn’t know what the group stands for and does not promote them.

Five of the 13 seats on the Miami-Dade Board of County Commissioners are up for grabs in the August 23 election.

“You know, I’ve often made the joke that politics is dirty,” Bueno laughs. “And, yeah, I’m getting dirty with the politics.”